The edge computing paradigm has long been considered at the forefront of the Internet of Things. The ability to process data at the fringe of enterprise networks in today’s distributed computing settings has traditionally been regarded as ideal, costly, and, quite frankly, just a tad futuristic.

Contemporary developments in this space, however, have rendered the edge overwhelmingly accessible to even small and midsized organizations. The barrier to entry has been lowered for almost all necessities including requisite hardware, software, and connectivity.

The lone exception is likely in terms of cloud security and data security, in which the addition of software defined perimeter methods has substantially raised the bar for issuing dynamic, discreet transmissions that fortify, as opposed to compromise, enterprise networks.

DH2i CEO Don Boxley commented on the protection afforded by this method: “Because it’s SDP based, it’s going to be more secure [and] more performant than using a VPN or an open port. [It’s] covered all the bases that an IoT device manufacturer’s going to need to form secure connections from the device to whatever endpoint they have in mind.”

Depending on the size and scale of the datasets processed at the network’s edge, organizations can quickly implement Raspberry Pis as their hardware of choice. This approach is more cost-effective than creating custom hardware for IoT deployments, although these devices can be customized to fit the specific needs of enterprise use cases. These hardware options are lightweight, portable, yet computationally effective because they’re equipped with “an ARM64 processor,” Boxley mentioned. As such, they’re ideal for the initial analytics or computations required on devices at the IoT’s extremities.

Containers are vital to deploying Raspberry Pis or other diminutive devices for edge computing. In fact, containers have many of the same attributes of the foregoing edge hardware; they’re lightweight, portable, and readily deployed on demand to provision IoT resources. Containerized applications (for software defined perimeters’ micro-tunnels as well as databases) “are perfect for running on an ARM64 processor for these edge devices,” Boxley remarked. The viability of such containerized applications is that they’re simply a smaller form factor of traditional applications, which is why they’re suitable for edge use cases. According to Boxley, competitive software defined perimeter offerings are less than 250 megabytes; some of the most popular databases can easily be accessed on edge gadgets via containers that are less than 500 megabytes.

The data management component is critical to all cloud deployments, particularly those involving the IoT or the edge. Options like Azure SQL Edge (a smaller form of SQL Server) are demonstrative of the trend of reducing the size of databases to fit edge devices. Moreover, these offerings also incorporate “a bunch of stuff on top in terms of analyzing the data, aggregating the data, machine learning, and AI capabilities,” Boxley noted.

Since these platforms are now containerized, they’re almost immediately accessible for any edge computing endeavor with the hardware identified in this article, or others that are comparable. When equipped with similarly containerized software defined perimeter choices, such pairings “simplify and standardize the access architecture for an IoT device,” Boxley observed.

The cost-effectiveness of this approach is notable, particularly when considered at scale for edge deployments. “The benefit of that is going to significantly lower development costs for customers,” Boxley explained. “Instead of hiring a whole bunch of developers, database people, you don’t need to do that. You just need to download these two containers and can start dumping stuff into it.”

Organizations can also leverage Linux distributions that are designed to accommodate edge computing requirements. Ubuntu has emerged as one of the most frequently sought distributions because “Ubuntu’s free; you can buy a support contract if you want to,” Boxley said. “But if you want to support it yourself you just download it and run it.” Another advantage of deploying Ubuntu on edge devices is it has “a version that’s specifically designed for an ARM64 processor,” Boxley indicated. Thus, companies can jumpstart their edge computing usecases with containerized versions of database platforms, secure connectivity, inexpensive hardware, and free distributions of Linux.

The aforementiong combination is ideal for initial forays into edge computing as well as more established undertakings. With the added security of software defined perimeters, organizations can protect the data on their devices with closed port transmissions bolstered by public keys and DTLS encryption. Additionally, they can issue connections between the edge and cloud hubs on demand. This method reinforces the notion that edge computing (or the IoT itself) doesn’t jeopardize data security. It’s one of the latest additions for making the cloud model easily accessible to organizations while supporting the innovation required to make their data-driven processes pay off. 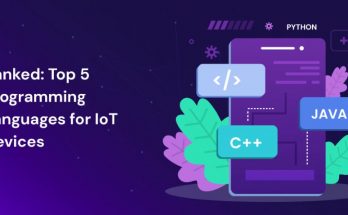 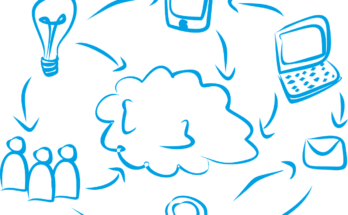 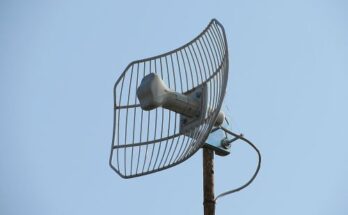 The Astounding Accessibility and Ease of Modern Edge Computing