Some of us know very little about Artificial Intelligence, so we don’t know where AI is going. So let’s explore together.

“Artificial intelligence (AI) refers to the simulation of human intelligence in machines that are programmed to think like humans and mimic their actions. The term may also be applied to any machine that exhibits traits associated with a human mind such as learning and problem-solving.”

So what did you get from that? I read this to my friend to read and they said they thought about Robots. I read this to my colleague who is a Data Scientist and he said ‘something I work with every day. People’s interpretations of any definition are dependent on the amount of exposure they have to it from working in the field, reading about it in current affairs, or merely being a topic of discussion between peers.

If you keep up with my articles, you will know that I am still a rookie in the game of Data Science and I still have a lot to learn. When I initially thought of AI, I thought about using technology to essentially do what we humans do. However, now I have entered the field of Data Science, AI still has a long way to go but it is evolving as we speak. I have seen how AI has been used in various ways from digitalising textbooks, improving healthcare, etc.

I wrote an article about Artificial Intelligence, you can read it here if you would like more background information.

Here are a few examples of AI currently:

The rapid growth of AI and its capabilities will have more of society shaking about its level of adaptation and concerns of AI taking over the world. Yes, it sounds dramatic, but that is a lot of society’s thoughts.

The relationship between computer programming and AI is still very blurred. Programmers have been able to imitate the narrow applications of human intelligence along with the use of general AI.

It can really shake people up about a future where machines can essentially do everything better than humans. However, there is a bigger concern civilisation faces in regards to the current use of AI, which is the use of Narrow AI which is putting people out of work.

AI has been portrayed in the media and sci-fi movies in a unique way which has caused a fear-mongering society. I don’t want to lose my job, I’m sure you don’t want to either. I don’t think Robots are coming for our jobs.

Although AI has evolved to imitate human intelligence and behavior, there are still major limitations for example AI programs having the ability to only execute one task at a time. They struggle with dealing with changes or deal with tasks that are outside of their programming. Humans possess‘ Generalised Intelligence, a type of skill that AI does not. General Intelligence is the ability to have the knowledge to solve problems, multiple at a time. Human judgment will always be important and is required in the majority of jobs.

A big factor to take into consideration is how AI is developed. It requires a lot of learning on a lot of data. This data needs to be available in order for any learning to happen. Data in itself can carry bias and have a reflection on social inequality. Another limitation is the computational power required in order to generate these AI models. It costs millions.

However, many have predicted that the use of AI will continue to drive innovations, fueling existing sectors to build on new sectors essentially planting more jobs. So the contradicting topic of “who’s more efficient? humans or computers” should actually be “how can humans work with computers?”.

AI is being incorporated in the majority of sectors, not only the tech field. Coding will eventually become a core skill. My nephew who is 7 years old is learning about the HEX coding system at school. His mother has no idea and comes to me to explain. Programming languages will become a requirement for the next generation, so my advice is to learn now!

If you want more information on how you can do this, have a look at my other articles which include How to get into Data Science and Which programming language to choose?

There’s no harm in learning a new skill right?

If you would like us at AI Time Journal to further explore something of your interest or have any further questions, please drop us a message on LinkedIn, Twitter or email us: info@aitimejournal.com.

A young data scientist, who wishes to explore the different ways that Artificial Intelligence can help benefit the longevity of human life and conquer terminal illnesses. I would also like to explore peoples opinions on Artificial Intelligence and what they believe it brings or does not bring to the table. There are so many unanswered questions, which I would like to get more insight on. 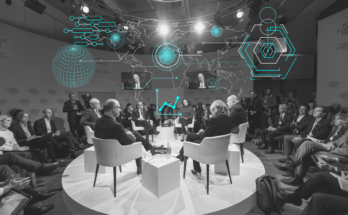 Why is International Cooperation vital for Artificial Intelligence? 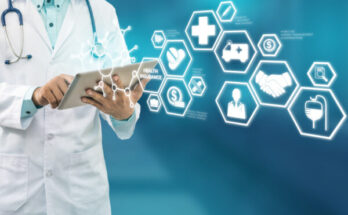 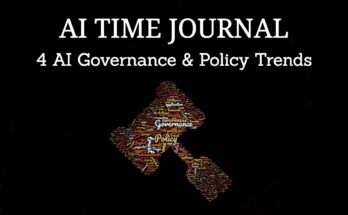 A young data scientist, who wishes to explore the different ways that Artificial Intelligence can help benefit the longevity of human life and conquer terminal illnesses. I would also like to explore peoples opinions on Artificial Intelligence and what they believe it brings or does not bring to the table. There are so many unanswered questions, which I would like to get more insight on.