One of the biggest problems faced by the transportation industry is road congestion. In 2019 alone, the average American lost approximately 100 hours of productive time due to traffic. The opportunity cost of this lost time, and resulting burden placed upon society, is massive.

On the micro level, the negative effects of traffic include wasted time, stress and frustration, and delayed emergency vehicle response. On a large scale, congestion leads to increased fuel consumption and carbon emissions. With more vehicles being produced annually, these problems are being exacerbated.

Traffic jams often stem from human error, with one driver causing a ripple effect that can last for miles. With many cars on the highway, when a single driver brakes, all the cars behind that driver will also brake, causing a wave of slowed traffic. Because humans do not always drive efficiently, they often wait until the last second to brake, causing a chain reaction of congestion.

Clearly, because of human drivers, the traffic issues outlined above often emerge. However, autonomous vehicles (AV) present a solution to this problem. In a study backed by the National Science Foundation, the researchers found that when self-driving mode was activated in vehicles, “stop-and-go waves were stabilized.” In fact, when a group of AVs simultaneously drive efficiently, traffic efficiency can be improved by over 35 percent.

Along with the benefits reaped by daily commuters, improved traffic efficiency has positive commercial implications, particularly in the logistics industry. Einride, an autonomous trucking company, has developed autonomous trucks that can increase productivity by 200 percent compared to the current human-driven model. And, according to Pricewaterhousecoopers (PwC), automation in freight delivery will reduce supply chain costs by almost 50%.

In spite of all the traffic-related benefits AVs provide, the largest barrier to self-driving is still the visual perception problem. When you drive, your brain uses billions of neurons to generate a supercomputer level of processing while consuming less power than a lightbulb. To be feasible, AVs must be equipped with a solution that can meet this efficiency – specifically, 75 tera-operations-per-second (TOPS) per watt.

Solutions in cars today are based on legacy technology, such as the GPU. As a result, their processing capability is constrained, and they can only enable partial autonomy. To enable self-driving and improve road congestion, a novel, purpose-built platform must be integrated into cars. With the recent trend of electric vehicles, this solution must be optimized for both compute and power; unlike GPUs, which consume enormous amounts of energy.

We @ Recogni are developing such a solution. By leveraging key innovations in math, AI, and ASIC architecture, our product will have 1000 TOPS of compute while consuming 10 watts, demonstrating unmatched efficiency. We are confident in our product to enable fully autonomous vehicles and allow society to reap the improved traffic efficiency benefits of self-driving vehicles.

To learn more about Recogni Inc check out www.recogni.com 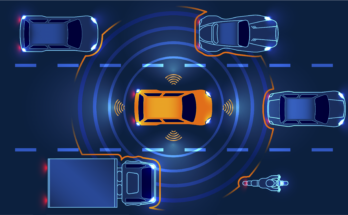 The Benefit of Stereoscopic Vision for Autonomous Vehicles 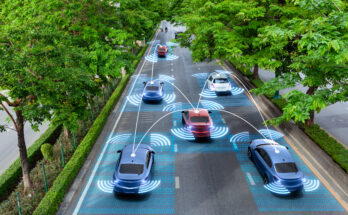 Autonomous Vehicles And A System Of Connected Cars 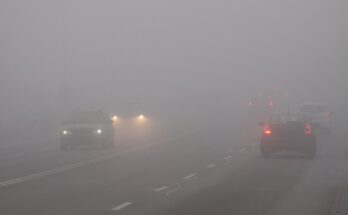