What is the “Smart City” and How do Surveillance Capitalists Benefit from It?

While these claims all appear intrinsically beneficial with respect to sustainable growth and urban development, they would likely require the integration of large-scale digital surveillance systems. These systems would subsequently gather highly-detailed data on every aspect of city life; this data would then be used to streamline the services provided by smart cities to their respective citizens.

Unfortunately, the current data landscape is governed by the already existing structures of Surveillance Capitalism, which function by commodifying human behavior in the form of data surplus. This data is then used for digital marketing purposes or sold to third parties which often take the form of governments, private advertising agencies and consulting firms, as well as various other technology developers.

The commodification of behavioral data has also led to the development of what Shoshana Zuboff calls behavioral futures markets in her book The Age of Surveillance Capitalism. These markets do not only seek to profit from consumers’ interaction with the digital landscape, but also modify, predict, and influence it. The development of Smart Cities would vastly increase the amount of data throughout the digital ecosystem, generating novel sources of revenue for surveillance capitalists while actively undermining basic human rights like privacy, freedom of choice, and freedom of information.

Data: The More We Have, the Better?

Data scientists and Machine Learning researchers often say that the digital products they create are only as good as the data that drives them. Yet, research has shown that even large-scale, properly curated datasets can contain embedded biases that are then reflected in algorithmic decision-making. One could argue that this is mainly because of a lack of digital representation for minority groups and vulnerable sub-populations.

However, it would be more reasonable to argue that increasing the amount of data throughout these domains would actually exacerbate algorithmic bias by revealing even more patterns of systemic and systematic inequality. Moreover, the behavioral futures markets said data produces would be increasingly lucrative for surveillance capitalists because of their fundamental exploitation of vulnerability.

Vulnerable populations throughout modern society are vulnerable precisely because they lack resources such as access to education, medical care, financial advisory, adequate housing and transportation, and so much more. All these resources represent potential sources of revenue for surveillance capitalists. For instance, an insurance company might selectively market ‘affordable’ health coverage schemes to citizens in impoverished districts because they know they have a higher rate of heart disease, diabetes, infant mortality, etc. We have to ask ourselves if we are okay with cultivating societies in which the vulnerable are even more exploited than they are already.

On the other hand, the data gathered from smart cities also lays the groundwork for social creditworthiness systems, which heavily underpin totalitarian government tactics. Such systems are already in place in surveillance states such as China, where citizens receive points for arbitrary day-to-day behaviors that then contribute to their credit score. This credit score then affects their abilities to obtain loans, mortgages, and jobs; it is absurd to consider a society in which something as arbitrary as crossing the street at the wrong time can seriously affect a person’s capacity to obtain a much needed loan.

One of the most popularized concerns surrounding the development of smart cities involves widespread citizen-level surveillance using facial and gait recognition technology. This technology, in conjunction with geo-location and mobile surveillance, would allow governments and tech companies to actively track the lives of individual citizens in extremely high detail.

Most people have daily routines and weekly habits that are consistently followed. For instance, let us say that every Friday I visit a close friend of mine in the cancer ward at my local municipal hospital. While geo-location may show that I am at the hospital, it does not provide specific information as to the purpose of my visit.

But, consider this: I usually walk there from my apartment, passing through several busy neighborhoods that are littered with CCTV cameras, each of which now has the ability to identify me using gait analysis and facial recognition. In the hospital, there are also a variety of cameras that possess these capabilities. By cross-referencing data obtained with CCTV and hospital cameras, it would be possible to identify not just the exact location of my visit, but also infer its purpose through context-relevance. The following week I may find that I receive a targeted advertisement from a local ride-sharing platform that provides alternative affordable transportation on the route I typically follow. Is it morally acceptable for a business to exploit personal relationships for the purpose of profit?

On the other hand, a more pressing issue with smart cities involves the implementation of predictive policing practices. By vastly increasing the amount of surveillance throughout cities, especially impoverished or vulnerable districts, police would develop the capacity to pre-emptively allocate policing resources to these areas. However, this would also create profound biases; identifying more crime does not necessarily mean better policing, in fact, data-driven approaches could instill negative implicit stereotypes in police officers that are then reflected in their neighborhood patrols. These stereotypes could cultivate flawed beliefs; namely that all individuals within a certain area are prone to crime.

Moreover, facial and gait recognition would allow police to pinpoint potential suspects. If a suspect is identified, then a police unit is deployed directly to their location. However, this approach removes the human element in criminal investigation and increases the potential for violent, unsubstantiated police action prior to persecution. If suspects belong to neighborhoods that already have relatively high crime rates, the risk of this happening, especially when considering confirmation bias, is alarmingly high.

Finally, we also encounter the problem of policy implementation at the governmental level. The implications of predictive policing practices could reverberate throughout federal law to such a great extent that communities in which crime is not a prevalent issue would be subject to authoritarian governing tactics. These tactics could be justified by invoking correlations between social class, ethnicity, and race as they relate to the presence and likelihood of crime.

Can the Smart City Exist Without Surveillance Capitalism?

To conclude, let us consider whether the concept of the smart city can exist independently of the structures of surveillance capitalism. We know that smart cities would produce a plethora of new datasets that intimately describe the patterns of daily life within their confines. Setting aside the obvious benefits of sustainable infrastructural growth and development, what other purposes could this data serve?

If data were not being sold for the purpose of behavioral prediction and analysis, then it would appear its use is rather limited.

For instance, let us say a supermarket in a wealthy urban area wants to tailor its product selection and shopping experience to the socioeconomic status of its shoppers. However, given the current economic ecosystem of information technology, and the absolute monopoly companies like Google have on the data acquisition landscape, such an approach would be infeasible. One supermarket does not have the capacity to obtain data at the scale and quality that governments and tech corporations can.

More accurately, the notion of the smart city is a direct product of surveillance capitalism. Cities represent the most vibrant areas of human activity and diversity; the data-driven insights gleaned from the dynamics of city life are perhaps the greatest sources of potential revenue surveillance capitalists have yet to fully exploit. 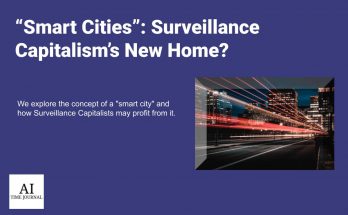 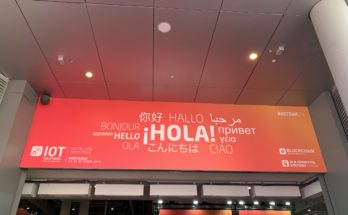 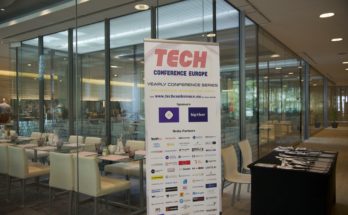 Technology trends with the potential to make humans happier