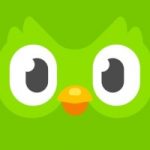 Duolingo is the world's most popular way to learn a language.
Company
https://careers.duolingo.com/

Duolingo is the world’s most popular way to learn a language. Our mission is to develop the best education in the world and make it universally available.

Founded in 2011 by Luis von Ahn and Severin Hacker, Duolingo is the most downloaded education app in the history of the App Store and in 2019 became the top-grossing education app worldwide. The app has been awarded Apple’s iPhone App of the Year and Android’s Best of the Best.