The field of Nanotechnology encompasses the development of technological devices at the nano-scale (between 10 and 100 nanometers); these devices can theoretically function at the molecular and subatomic level by actively manipulating individual particles to produce targeted and efficient solutions throughout a variety of different domains.

One of the most promising applications of nanotechnology can be identified throughout the evolving field of precision medicine, which aims to cultivate personalized medical interventions by employing genetics in conjunction with Big Data analytics.

Nanotechnology offers several benefits in this domain, from improving the accuracy and efficacy of disease diagnostics and screening procedures to targeted drug delivery, and consistent monitoring of a patient’s physiological health status.

On the other hand, nanotechnology, in tandem with Machine Learning, has provided modern medicine with the tools it requires to gather and model data at the nano-scale. Methods such as Atomic Force Microscopy, nano-scale simulation, and chemical modeling have produced wide-ranging implications for the fields of pharmacology, gene-editing and sequencing, physiological imaging, and pre-emptive treatments for incurable diseases.

Before beginning a discussion of these technologies, I urge the reader to keep in mind the following notion: the modern world is becoming increasingly data-driven, and while this may be beneficial in a number of ways, one should necessarily consider whether there should be legal and ethical constraints on the kind of data that is acquired.

The fathers of Surveillance Capitalism, Google and Facebook (along with essentially every other information technology company) have commodified virtually every aspect of human behavior for the purpose of targeted marketing, ad revenue, and the sale of the datasets to third parties, effectively establishing behavioral futures markets. These markets now dominate the data landscape and force consumers to relinquish their rights to privacy and transparency for services that make their lives more convenient.

Consider this: What if we figured out a way to use nano-scale robotics to produce functional 3-dimensional images of the human body or pinpoint neuro-chemical and architectural deficiencies in individuals with mental health disorders? Without question, the benefits such technologies would produce are revolutionary, but does this justify the reduction of the human form and essence to a series of data points?

It is, therefore, troubling to think of how detailed physiological data could someday be used by private business entities to constitute and build health futures markets. These markets would, literally, function by commodifying every element of the human body. Could insurance companies then adjust premiums on a day-to-day basis by accessing individual physiological data in real-time? Would banks be more inclined to give out loans if they knew certain people would live longer than others? Could employers selectively identify employees on the basis of favorable genetic traits? These questions warrant serious consideration, especially since they range beyond medicine.

Lastly, we must also reflect on whether the acceptance and development of nanotechnology will actively facilitate wealth inequality on the global scale. Wealthy countries, such as the US and Japan, are already heavily invested in this technology. However, there are nations in which basic access to medical services, education, clean water, electricity, and food has not yet been achieved. How can wealthy governments justify their investment in these technologies when there is still so much suffering in the world? And more importantly, once these technologies are developed, how can we ensure that all people have equitable access and opportunity to use them?

Now that we have covered some of the moral considerations pertaining to the use and development of nanotechnology in modern medicine, let us discuss some of these technologies more specifically.

In 2017, researchers designed a DNA nanocomputer that identified specific antibodies, which were then used to regulate drug delivery and dosage directly into the bloodstream. Antibodies typically trigger your immune response; by binding themselves to antigens (unwanted substances that enter your body), they provide a signal to your immune system as to which cells need to be targeted and eliminated.

The DNA nanocomputer works by using specific antibodies as discrete inputs, which are translated into unique DNA sequences and subsequently used to classify whether or not drug delivery is necessary and which specific physiological areas require targeted administration. With respect to pharmacodynamics, the implications are profound, precisely because they allow researchers and medical professionals to mitigate the use of pharmacological compounds while optimizing their efficiency and duration in the body.

On the other hand, DNA sequencing, in conjunction with gene-editing technology (e.g., CRISPR), could be used to enhance current computational designs by drastically reducing processing time. Using gene-editing technology, DNA sequences can be rearranged in a nearly infinite amount of ways; these randomly generated genetic codes can then be used to process various kinds of information simultaneously, effectively building a computational platform on which the dimensionality of real-world exponential problems is significantly reduced.

Atomic force microscopy (AFM) allows research scientists to investigate the composition and behavior of cells and molecules at the nano-scale. In other words, it is possible to monitor the physicochemical properties of cells in real-time as they react to changes or manipulations in their physical environments. AFM has been particularly useful throughout the field of cancer treatment and research.

Cancer is notoriously difficult to treat because cancer cells divide and spread at rates that are practically impossible to keep up with, not to mention the fact they consistently undergo genetic mutations that produce different cell-specific behaviors over time. AFM allows researchers to not only track the progression of cell division with 3-dimensional resolution, but also analyze mutations in terms of their atomic-scale structures.

Additionally, unlike electron microscopy, which requires that a sample be extensively treated prior to analysis, AFM works with minimal sample treatment, thereby also avoiding the possibility of extensive sample damage during the preparatory process. Moreover, the ‘functionalized probe’ of the AFM further enhances researchers’ ability by allowing them to pinpoint specific cells and their interactive relationships with other cells or proteins (e.g., ligand-receptor bonds). This could imbue scientists with a better understanding of the behavior of cancer cells as they metastasize.

Most importantly, AFM can measure the dynamics of cell mechanics in relation to the physicochemical properties and intermolecular forces within a certain cellular environment. Throughout modern medicine and biology, cell mechanics have, in fact, been considered one of the most significant indicators of a cell’s current state; seeing as the mechanics of cancer cells are especially complex, and treatment is often time-sensitive, the ability to quickly identify metastatic growths is paramount.

Nano-scale simulation (SIM) provides modern medicine with a number of exciting new opportunities, especially throughout the domain of neuroscience. Conventional brain imaging techniques such as fMRI and EEG, while extremely useful, cannot record brain activity at the individual neuron level and often require advanced filtering techniques and dimensionality reduction prior to data processing.

Neuronal data obtained at the nano-scale would allow neuroscientists to disseminate the electrochemical properties of individual neurons within their synaptic webs. Moreover, they could also track the progression and dynamics of neurotransmitters (signaling molecules that act as chemical messengers that relay information from one nerve to another). Admittedly, while this kind of data could only be gathered post-mortem, it could conceivably allow researchers to develop a 3-dimensional, high-resolution map of the brain’s neural architecture. This map, when coupled with data obtained from functional imaging techniques in real-time, could allow researchers to build a generalist computational model of the human brain.

Moreover, neuroscientists can use nanoparticles to improve the brain imaging process. Currently, imaging techniques function by evaluating light distribution throughout healthy and damaged tissue areas. However, this contrast is often difficult to pinpoint, even for the most adept medical practitioners; nanoparticles can be used to enhance contrast and allow for more accurate and timely diagnosis in addition to more detailed functional data.

On the other hand, SIM also provides a number of benefits for chemical modeling and pharmacodynamics. For instance, pharmaceutical companies have already begun exploring models that simulate molecular docking (how molecular structures combine and interact) and dynamics for the purpose of novel drug discovery and delivery methods. In doing so, they have been able to more accurately address and optimize a variety of variables encountered during drug design, from absorption and distribution to excretion and toxicity.

Furthermore, some of the insights gathered using SIM in pharmacology have prompted the development of nanoparticle pharmaceutical treatments. These treatments have the ability to modulate how much of a particular pharmaceutical agent is released, how long it will remain present before being metabolized, and what specific biological area it will target.

For instance, nanocapsules are drug carriers that, when administered, ensure a drug is released more slowly and effectively into the body. Similarly, Liposomes are artificial vesicles which, due to their fatty composition, can penetrate the membranes of cell bodies and administer targeted treatment for a variety of health conditions from cancer to Influenza. 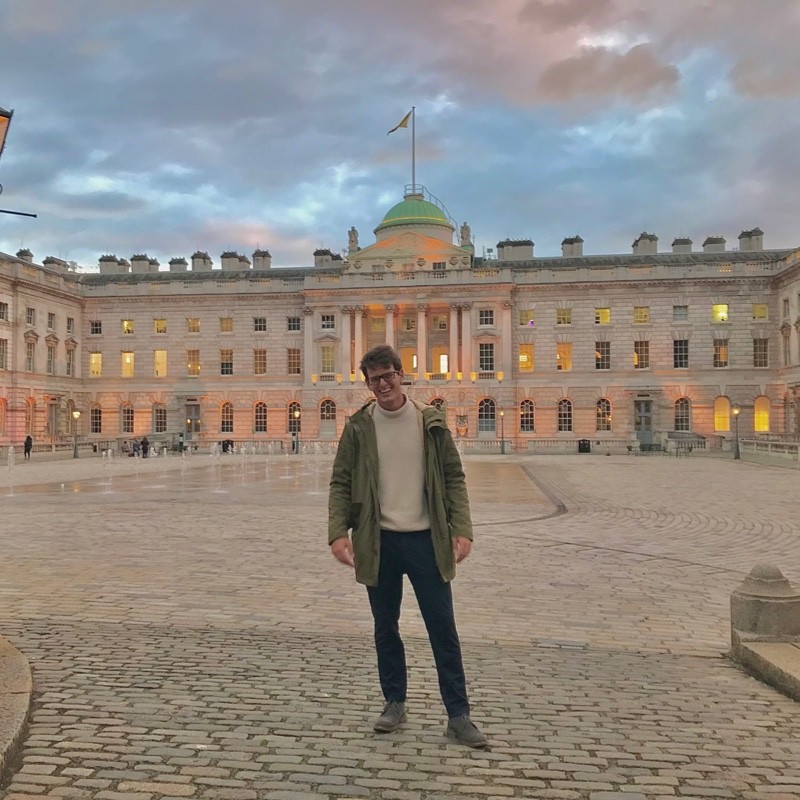 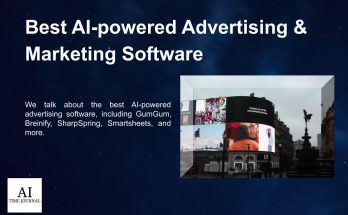 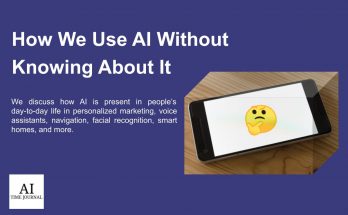 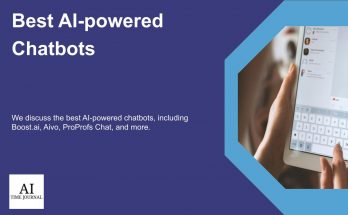