With a projected growth rate of 25% over the next ten years alone, coding and software development is a rapidly growing and highly lucrative industry to watch in the next decade.

There are a variety of coding and programming languages to choose from, so there is no shortage of material for new programmers to start learning. Each language serves a different purpose, and the one you choose will be based on what you’re trying to accomplish.

While some languages are more highly sought after than others, the skyrocketing popularity of lesser-known languages has made it imperative for software developers to have a fundamental understanding of the languages on this list.  This article will explore the highest-paying coding languages that full-stack developers use and why it’s critical to know them.

TypeScript is a programming language designed to be used with JavaScript, a language we look at later on in this list. TypeScript helps users increase productivity while avoiding bugs and can support updates in the code before web browsers are able to implement said updates.

TypeScript was introduced nearly twenty years after the release of JavaScript, but it acts as an extension of JavaScript. This language improves the experience for programmers and is useful for managing large-scale JavaScript projects.TypeScript has the ability to simplify code, which makes it a valuable skill for developers to have.

Past users of this course have stated that it is great for not only those who are learning TypeScript for the first time but also for those who need a quick refresher to jog their minds. First-time learners are able to quickly dive into the course with Guided Projects and these skills can be highlighted during job interviews.

Scala is a smart addition for developers already using Java. These two languages exhibit many of the same properties, making Scala easier for programmers to learn if they already have a background in Java. Scala gets its name from its features that are highly scalable.

Advantages of using this language include:

Some of the most notable uses of Scala are seen in writing web applications, streaming data applications, and analyzing data to name a few.

The importance of learning Scala has increased in the past couple of years. Tech giants who use Scala, such as Twitter and Netflix, have contributed to the demand for engineers who specialize in this code. With the financial incentive and job opportunities this language provides, it is certainly a programming language to watch develop in the near future.

People who have never used Scala before, stated after taking this course, that they were able to learn not only the basics but go beyond to solve complex real-world problems with Scala.

CSS is a simple yet effective front-end programming language. It is often used in conjunction with HTML for web documents, development, and design. CSS is in the class of languages that have been around for decades, nearly since the dawn of the internet.

CSS users claim it is essential for a programmer starter pack. Features like consistency, compatibility, and speed make it an attractive asset. It enhances web pages by controlling how content like layouts and fonts are displayed. Don’t let the simplicity of this coding language fool you, it’s a high-performer when it comes to styling and optimizing web pages for user experience.

More and more companies are focusing on user experience and hiring people strictly for these roles. With such a huge emphasis on enhanced user experience, knowing the basics of CSS will propel a programmer’s career.

Solidity is a unique programming language that has seen an increase in popularity with the rise of smart contracts. Solidity works on the Ethereum Virtual Machine (EVM), a software that houses all Ethereum accounts and smart contracts. It is a relatively new language, having been introduced in 2014, so it is still gaining traction as blockchain technology continues to grow.

Uses for Solidity include contracts for voting, crowdfunding, blind auctions, and more. Coders claim that Solidity is easy to learn and use and is comparable to the C-family of coding languages.

Even though it is still new to the coding world, the applications and future potential for Solidity are unlimited. Programmers fetch such high compensation for this language because it is still changing as blockchain unfolds. This is a huge necessity for developers looking for huge earning potential in the crypto and blockchain technology realm.

Although not as well-known as bigger programming languages, Rust has been ranked as the language programmers like working with best. It is used in VR, but also for web development and operating systems. Rust has soared in popularity over the past few years, increasing its users and making it a perfect language to consider adding to your expertise.

Rust is already being used in current virtual realities, most notably the Metaverse. The potential Rust has for future development and improvement in the VR realm is an enticing reason to pick up the language.

The next language on this list was developed by a highly reputable company in the world of software development. Go is the brainchild of Google and was designed to handle system programming, audio and video editing, and big data.

Big Data as an industry is projected to continue growing, so languages like Go are essential and marketable skills for programmers to learn. The possibilities of code that work specifically with big data are innumerable, and being an expert in this coding language can open a world of employment opportunities.

With Google and other top companies dropping their degree requirement for employees, programmers that work with Go have the opportunity to demonstrate experience that sets them apart from the rest.

Swift comes from another big name in the technology game. Released in 2014 by Apple, Swift replaced the company’s original programming language, Objective-C, and is used for software development and app building.

Apple touts Swift as being easy to use, read, and maintain. Highlights of this lightning-fast language include cleaner coding that’s less prone to making mistakes. Additionally, with a following as large as Apple’s, the community of assistance available to programmers is invaluable.

The practical application of this language is clear. Swift is a great resource for fans of the Apple ecosystem who also look for a career in iOS development.

The benefits of knowing Perl are not only intrinsic but monetary as well. Programmers familiar with this language are said to make 54% more than their non-Perl counterparts. The scarcity of this language among programmers makes it a valuable asset to those looking to set themselves apart from the crowd.

With the basics of Perl such as variables, arrays, and conditionals, try to learn how to build a macro processor and create your very own macro markup language!

Java is the back-end sibling of JavaScript and is primarily used in the E-commerce and financial sectors. The language is highly secure, which makes it a desirable language to use in these fields and it translates well to app development, such as mobile banking.

However, Java is not as easy for beginners to pick up and is recommended for those with a stronger knowledge of the basics of coding. The time and dedication spent learning Java are rewarded with plenty of employment opportunities. Java is another highly sought-after skill in the workforce.

JavaScript has consistently topped charts for popularity among coding languages. People who’ve learned this language through boot camps like Coursera have described it as an easy language to learn for beginners.  Reviewers also mentioned that JavaScript provides a good foundation for a future in coding.

With its ease of use and demand in the job market, JavaScript should be a top priority for individuals looking to start in the software development field.

C# is a relatively new addition to the C family of coding languages. This language is best applied in game development, virtual reality, as well as a desktop and mobile apps. A hybrid between C and C++, C# is highly versatile and widely favored earning it a spot on this list.

C# has been applauded as being one of the best specialization languages for game development. This language has received a multitude of outstanding reviews for its ease of use, interesting content, and challenging but rewarding coursework.

With the gaming industry not slowing down, and virtual and augmented reality gaining traction, C# is going to be another language that will need to be in developers’ skill sets in the near future.

Want to have fun in programming games? Check out this course on Coursera, which guides you into how to develop video games using the C# programming language and the Unity game engine. Don’t worry if you’ve never written code before, it starts at the very beginning and has lots of practice exercises for you to apply.

One of the most recognizable coding languages is Python. The list of uses and benefits for this language goes on, including but not limited to: back-end development, data science, and app development for example. Python has been around for three decades, making it one of the most popular and widely used codes in the industry.

Programmers who have taken a Python course call it a great starting point for beginner coders. Most, if not all, hiring managers also list Python as a necessary skill for potential employees to have in their repertoire. Its ability to be learned and prevalence in the industry make it one of the best languages to start learning. 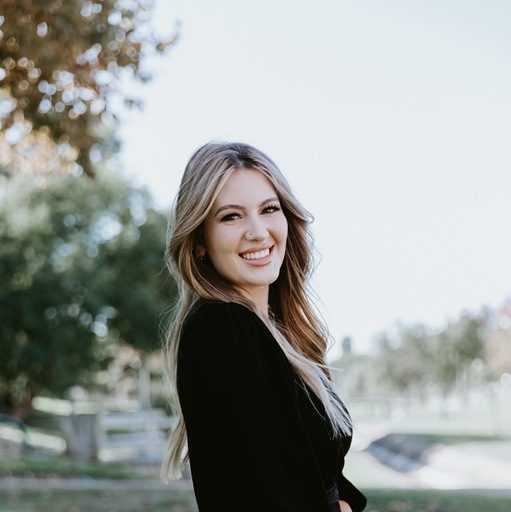 Taylor graduated from Arizona State University with her Bachelor’s degree in Business Communications. She is passionate about human interaction and relationship science and how AI is furthering research in these fields. 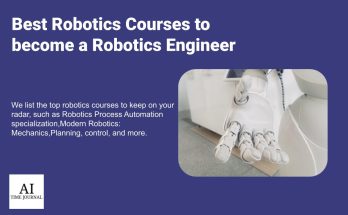 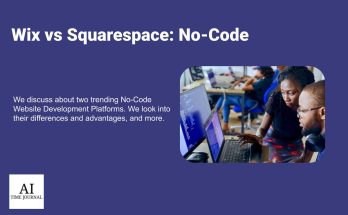 Taylor graduated from Arizona State University with her Bachelor's degree in Business Communications. She is passionate about human interaction and relationship science and how AI is furthering research in these fields.

View all posts by Taylor Strouss →